“Please don’t have categories for refugees.” 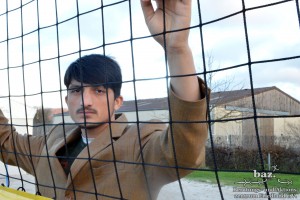 I am from the tribal region (FATA, Federally administrated tribal areas) of Pakistan. It’s close to the borders to Afghanistan. There, we have an own law, the Frontier crime regulations. They were implemented by the British colonization but for us they are still valid today. We don’t have the right to get involved in the Pakistan politics. For example, no more than 2 people are allowed to go out together. This is to prevent riots. We are raised to be warriors and to fight.
I am a Hafiz. That means I know the Koran by heart. I belong to a very religious family. My home is on the edge between the FATA region and the area which is ruled by the Taliban. All the time, both, the government of Pakistan and the Taliban strike us, just because we live on the border. If someone commits a crime in our area, due to the special law we have the whole tribe is responsible for that. Then, the government just comes and punishes our whole tribe. The military takes us to jail, tortures us and asks why we don’t kill the Taliban. We have Afghanistan on the front, Pakistan in the back and the Taliban to both sides. So who should we fight? We are in the middle of everything! There are hundreds of small groups of Taliban in our area. Maybe at one point they will start fighting each other. 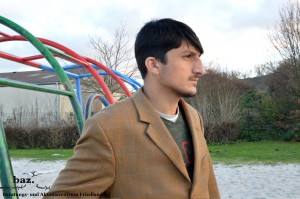 Once, our home was hit by tanks. It was a fight between the military and the Taliban. We are in a mountain area and water is a big problem in our region. Therefore, we build wells in remote areas. Only women are allowed to go there. When the tanks came they bombed the well. A lot of women and children died. Two of my uncles died at my house. Also all of the cattle died. My brother also died. He was trying to save the cattle. We don’t even know who attacked us. 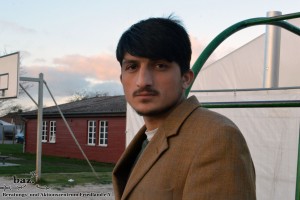 I would have never left my country if we wouldn’t have had these issues. I would die to see my family again. Us people from the FATA region are not allowed to settle in other areas in Pakistan, and if we were, we could not afford to buy our own house. The money I used to come here came from my mum’s jewelry and from my father. He sold everything he had to see me in a save place.
I have only one request for the German government: You should recognize that we are just the same refugees as all Syrians and Iraqis. Please don’t have categories for refugees. It hurts when I hear that Syrians and Iraqis don’t have to face deportations but we do.