“I am not hopeless, but helpless.” 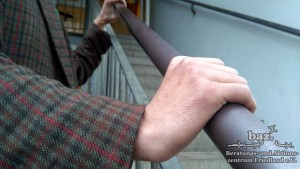 I am from Nantrahar in Afghanistan. I was working in construction companies until I saved some money to open my own company.
My family is still in Afghanistan, my brother, mom, and also my wife my two sons and my daughter.
My father was a selected mayor which means he was working for the government and used to support the NATO forces. He got threatened by the Taliban, until one night his house was hit by a missile. Luckily he was not at home. When he came back with his car, the Taliban blew up his car and killed him and two bodyguards. I was then beginning to get threats because I was to become the next mayor. It´s difficult to explain. The government wanted to force me to take the position of the mayor, while the Taliban were threatening me. I didn’t really have a chance. My family then fled to Kabul to relatives while I had to leave the country.
I don´t know how my family is right now, I cannot reach them. I tried to contact the red cross and now they are trying to get in contact with my family. 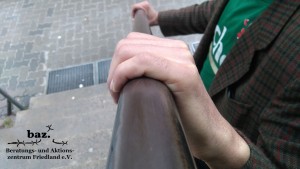 Here we are treated like third class refugees. I thought the German government will help me. But the authorities don’t want to know about me because I am not from Iraq or Syria.
Iraqi ,Syrians or Kurdish people get transferred most probably after 13-15 days, while we are here up to three months.
This group lives in rooms, while we live in tents. I heard about the German rights, that they should have the same rights for everyone. But either others are superior or we are second class.
We had deaths at every border. We got tortured, beaten, robbed. And here again we are in trouble. When will we be in peace?
I came through many countries on my flight, but German people are the most human, friendly and open, even if I sometimes don’t like the laws concerning us.
There are many Arab speaking people working in the camp, we often don’t have a translation, we often feel that we are not treated the same.
I had money but I spent it in the last 75 days. I went to ask for help. But I think the authorities only give money to Syrians or Iraqi. They told me when I get transferred I will get money.

I am not hopeless but helpless. I cannot go back. But here I cannot help myself.